The Gates at Buckingham Palace – History and Design

The Monarchy dates back thousands of years but the Royal family’s residence is relatively new in comparison.

Buckingham Palace sits in the borough of Westminster, which has been the property of the British Monarchy for more than 400 years. In the early 1700s, the Duke of Buckingham found the dishevelled residence on a fairly dire-looking lot. Designed by Willian Winde and John Fitch, Buckingham House was built in its place. When it changed hands to King George in 1761 he invested a significant amount of money renovating the property. 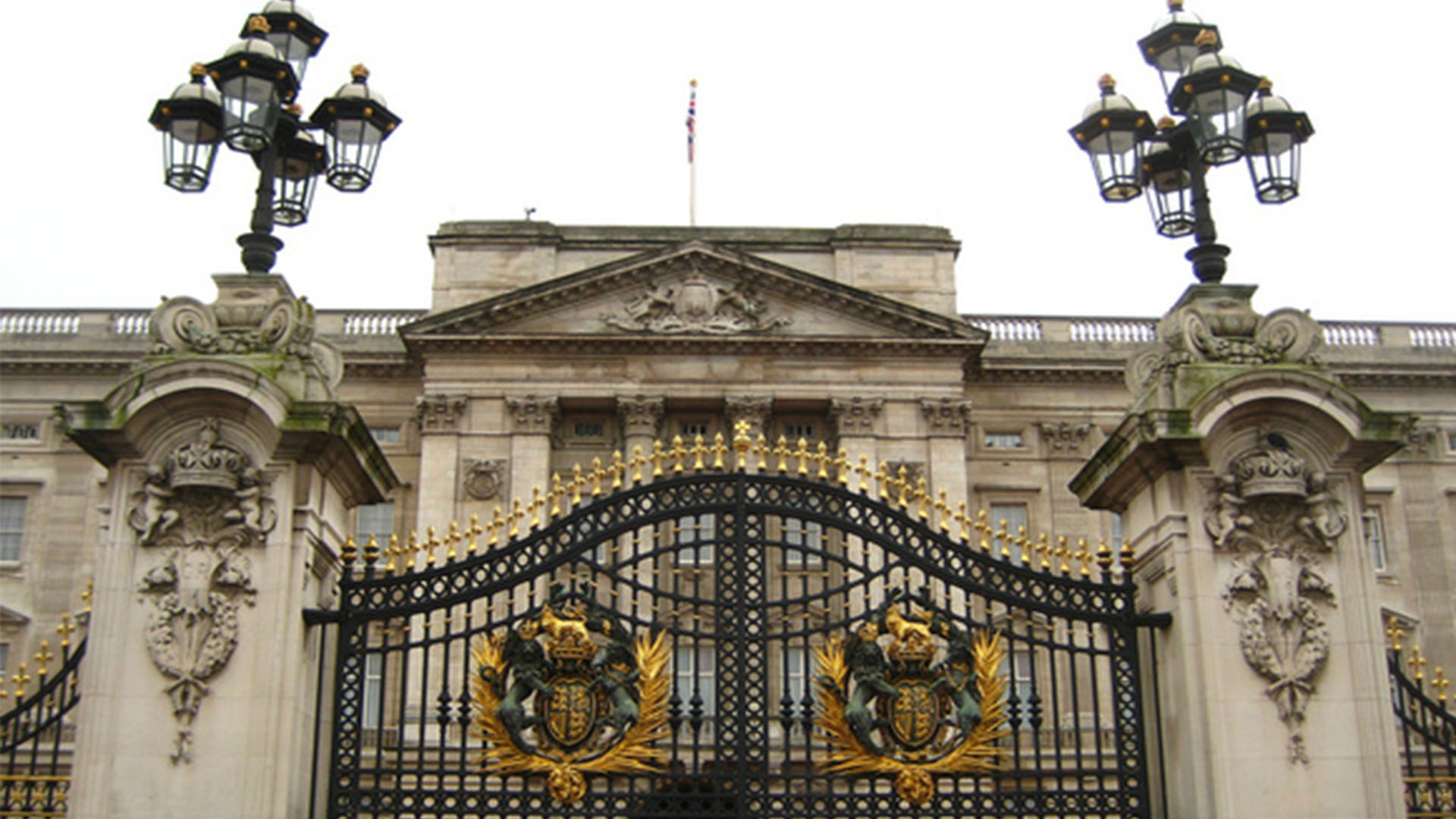 In 1905 the Bromsgrove Guild of Applied Arts were commissioned with designing the wrought iron gates which were to surround the entire Buckingham Palace grounds. The Bromsgrove Guild were strongly rooted in the Arts and Crafts movement; a desire to counteract the ‘damaging’ effects of industrial production and instead focus on domestic, often bespoke designs.

As Queen Charlotte and her family moved in, the house was adequately named the “Queen’s house.” King George IV took the initiative to renovate and expand the house and hired well-known architect, John Nash, who was in charge of turning the house into a closer version of the palace we know today. After that, several of the royals ascended to the throne would renovate, redesign, and expand the palace.

The Bromsgrove Guild had earned a reputation for their breath-taking wrought iron work and the design of the palace gates was no different. The entire perimeter of the palace is surrounded by classic black wrought-iron gates mounted with golden decorative features. The gates stand over six-feet tall and features the fleur-de-lis (stylised lily) which adds luxury and elegance to the structure.

These features are expertly crafted and tell a story. The front of the gates sees a stunning piece of craftsmanship in the form of the Royal Coat of Arms. Crafted from wrought-iron yet again, this piece is a symbol of the unity and makeup of Great Britain. The distinct presence of the lion and the unicorn represent England and Scotland respectively. Each quadrant also pays homage to the country’s identity and serves as a reminder of the vastness of Great Britain. 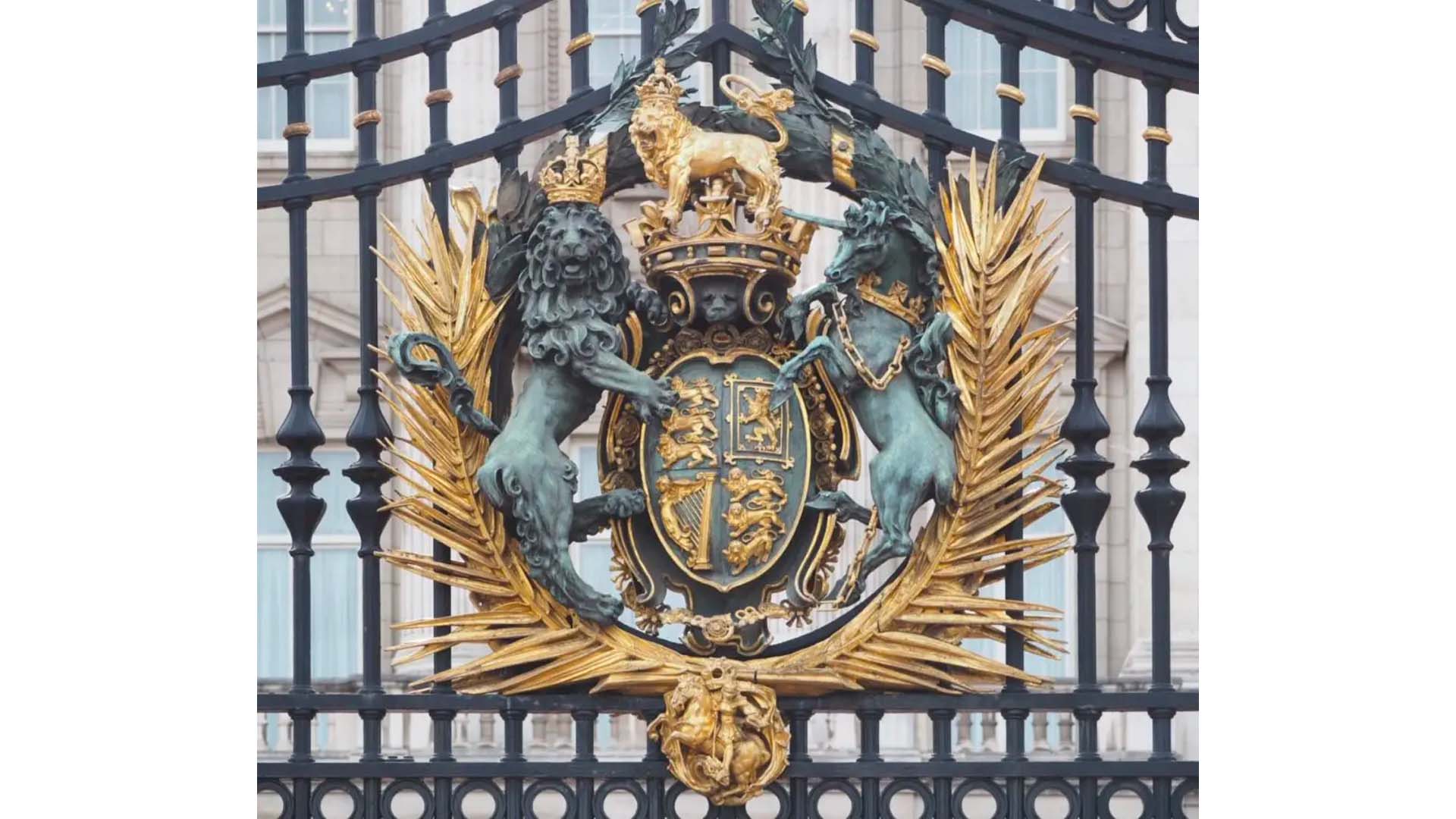 On the top left and bottom right are three lions – a symbol which has been used to represent England ever since the reign of King Richard I. The harp which is placed on the bottom left represents Ireland and the upstanding Lion represents Scotland. These both first appeared on the Royal Coat of Arms in 1603, when James I of England (VI of Scotland) assumed reign of both nations. 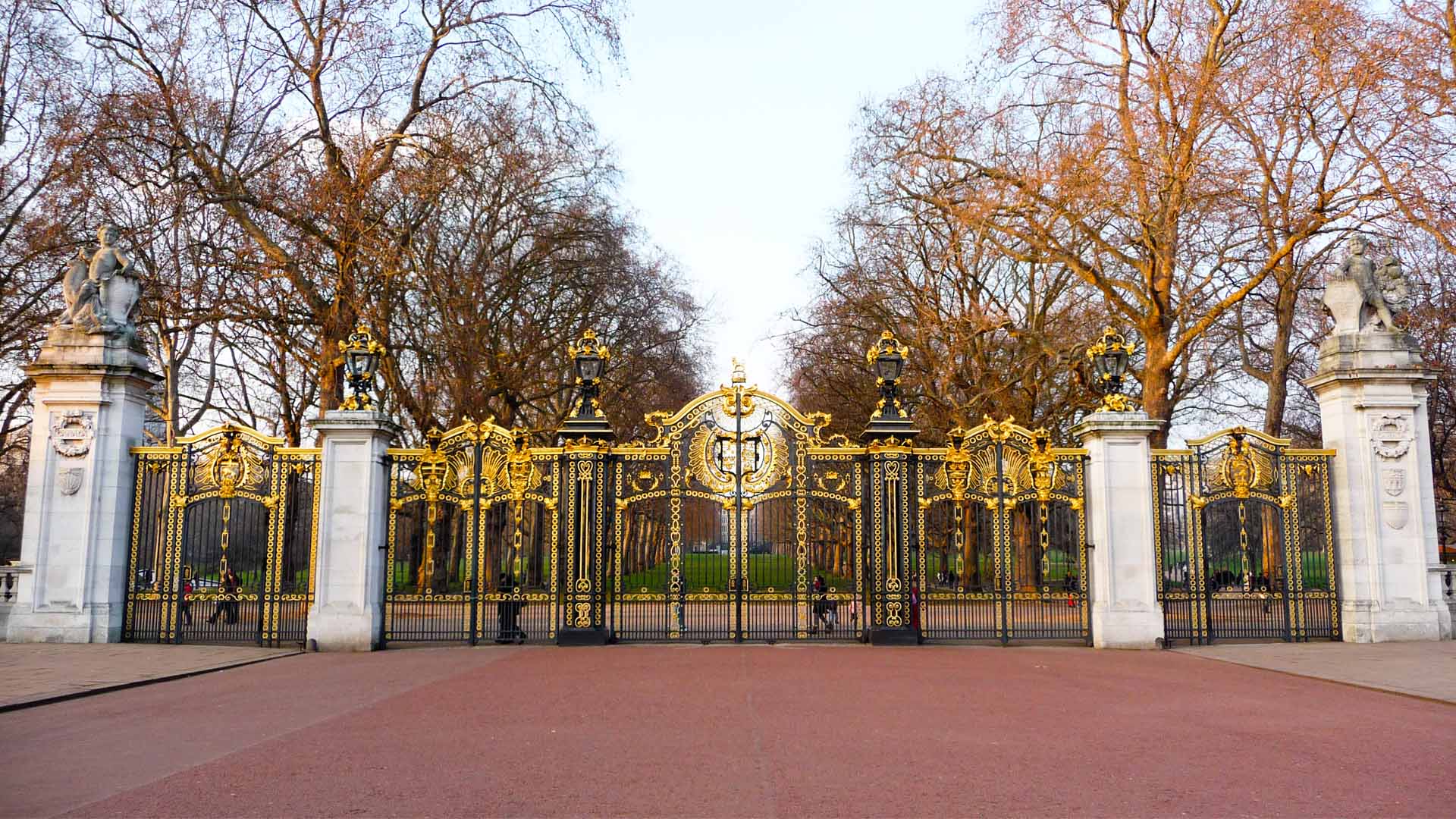 The Canada Gate is situated on the South side of The Green Park and was a gift from Canada as part of the memorial to Queen Victoria. The Canada Gate was also commissioned by The Bromsgrove Guild. The gate was installed in 1911 and includes the crests of six Canadian Provinces. The Canada Gate consists of five portals of gilded wrought iron with the middle entry being the main and largest gate; the double gates are supported on columns of iron. The central wrought iron gates contain smaller gates, while the two terminating bays contain smaller pedestrian gates. The two outer pillars are made from Portland stone with the smaller pillars on the inside are crowned by gas lanterns, much like the iron posts.

While the majority of the design aims to incorporate the areas that make up Great Britain, there are other elements of the grounds that aim to highlight the importance of other important relationships that the monarchy has maintained over the years. Crowning the North column you will see an emu, representing South Africa. If you look closely at the Canada Gates you will notice a mature-looking cherub with a net full of fish and a seal by his side – for Canada. Representing Australia, you will find a statue of a young boy with his arm draped around a proud-looking kangaroo. Interestingly, all three of these nations are still part of the Commonwealth.

1.     Where were the Buckingham Palace Gates forged?

In Winlanton – a village situated in the Metropolitan Borough of Gateshead, Tyne and Wear.

2.     How many gates are there at Buckingham Palace?

The North-centre gate is the everyday entrance to Buckingham Palace and features four gates, while the larger centre gates – for ceremonial use – include five gates.

3.     Who was the designer of the Buckingham Palace Gates?

The Bromsgrove Guild of Applied Arts. They designed the wrought iron gates which surround Buckingham Palace.

CM Gates & Barriers are expert fabricators and installers of driveway gates, barriers, and access control systems. From our base in Livingston, perfectly situated between Edinburgh and Glasgow, we serve the whole of Scotland.

The Gates at Buckingham Palace – History and Design 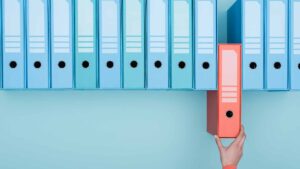 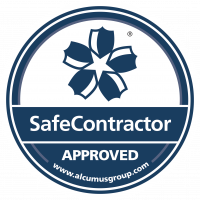 Get the latest news and tips on all things electric gates, barriers, access control systems, and more!